An outbreak of listeria linked to recalled bags of garden salad has killed two people and sickened 17 others in 13 states, according to federal health officials.

The outbreak is tied to packaged salads produced by Dole and sold under 11 brands, including Dole, Kroger and Nature’s Promise, the U.S. Centers for Disease Control and Prevention said Tuesday in an update of its investigation. 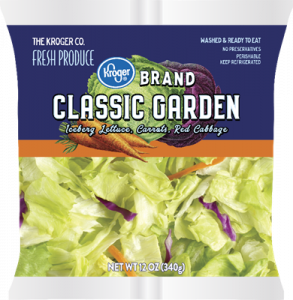 Dole Fresh Vegetables at the end of October recalled salad products sold in 10 states after a sample tested positive for listeria monocytogenes, an organism that can cause serious and potentially deadly infections. The company has since recalled additional products containing iceberg lettuce produced by contaminated equipment.

The CDC is also investigating another listeria outbreak linked to recalled packaged salads produced by Fresh Express. The agency reports 10 hospitalizations and one death in that separate outbreak.

Listeriosis is a serious infection usually caused by eating contaminated food, afflicting an estimated 1,600 people in the U.S. each year and killing about 260 people, according to the CDC.

What clients are saying ...

Dr Bob has been seeing my twins since they got out of the NICU and we love him. Very attentive, very nice, knowledgeable and understanding.

We recently moved so now it takes us up to 45 minutes to get there when it used to take us 15 minutes but we’ll never change doctors.

The office is always clean and the staff is super nice, highly recommended
Erika Nani - Jun 28, 2022
I love Celebration Pediatrics. The office staff is so kind and always willing to accommodate me when I need a last minute appointment or to reschedule. The doctors and nurses are also incredible.

My family loves Dr. Anwer, he is a remarkable doctor. You can tell he is very passionate about his career and genuinely loves his patients which is so important. He doesn’t treat my kids like just another patient but instead takes his time to ask questions and really understand our concerns.

I really could not recommend this office and Doctor enough!
Paola Vecco - June 22, 2022
The entire staff as you walk in are AMAZING!!! They greet you with smiles answer all questions and treat your child like it was their own.

There was no wait time and super super friendly!!! I am so happy they took great care of us. Dr. C is Amazing too!! Super great listener and. Wonderful dr.

Although we are new there she seemed like she knew and understood very well my sons asthma conditions!! Thanks everyone!!! Lots of love for you all!❤️❤️❤️ Sincerely, Happy Mommy 😃😃😃💯💯💯💯
Linda Sosa - March 23, 2022
This was our first visit with this center, and it was incredible, the registration was fast, the waiting time to go to the room was short, and the best of all this was the wonderful treatment of Dr. Toma with our daughter was incredible

Our daughter said for the first time that she loved going to the doctor and that the doctor was very funny and kind to her, and like a parents made us feel safe, she explained everything to us, the treatment towards us was wonderful, recommended a thousand percent,

I have found that the doctors at this location are intelligent and educated in a wide realm of topics which makes the experience much richer, especially when it is your first child!

Quick to get patients a visit when needed and we usually don’t wait more than 5-10 min to be seen.
Jordan McKinney - Jan 31, 2022
We are very happy and pleased to have found this place for our girls. We have recently moved from another state and the transition to this office was very smooth.

The staff was so helpful in making sure that the needed records for our girls were obtained from our prior provider. Our girls also loved the visit with NP Janil.

Would highly recommend this office.
K. Abegail Faleiros - March 28, 2022
We had our first newborn appointment at the practice and felt so comfortable. Monica was very easy to talk to and eased some of our little worries as first time parents.

She was patient, sweet, and very knowledgeable!

We left our appointment feeling very secure and with the practice that we chose!
Jenna Miles - April 11, 2022
Previous
Next

If this is an EMERGENCY, please call 911!

We accept most Health Insurance Plans.